The Legend of Denver 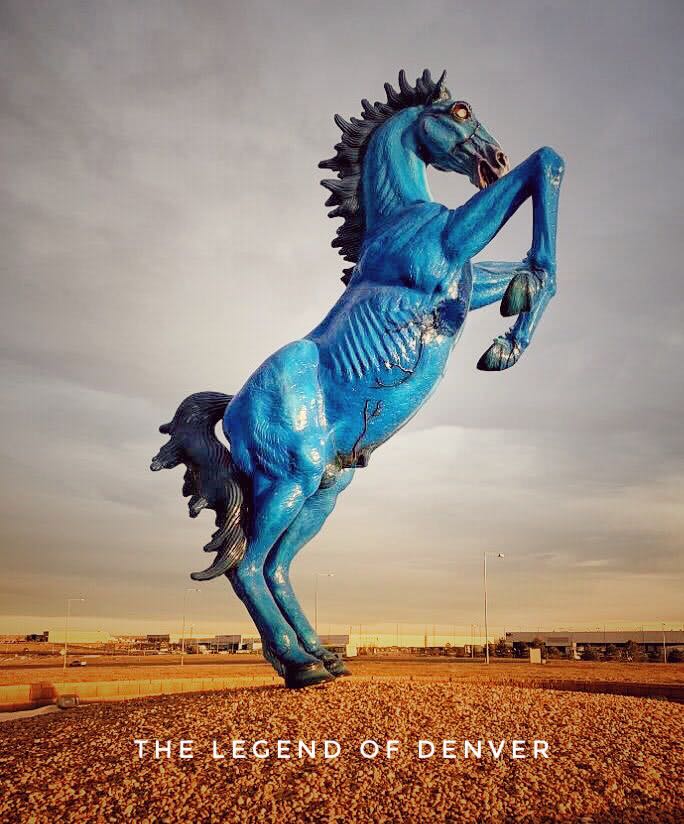 Do you know that Denver Airport is one of the most conspiratorial places over the world? With the spirit of curiosity, I have been there twice to explore the most astonishing facts of this mysterious city. (Actually been there for SPIE2018,2019, LOL)

Denver, a combined city of Colorado, it is also the capital and largest city of Colorado. It was sparsely populated until the discovery of gold in 1858. When oil and gas production began in 1975, wealthy businesspeople from all over the country flocked to the region. Since then, Denver has become a famous Midwestern city with hundreds of times more wealth and rapid growth. Many people say the city has two faces: Decadent side: everywhere is full of frustrated people, regardless of day and night curled up in the street, spit hemp smoke. Lombard side: gold inlaid on the exterior walls of urban buildings, krypton gold on the interior decoration, gold everywhere. In Denver, there are almost no Asian faces, unlike Los Angeles and Washington, d.c. Frankly speaking, if it were this conference was held in Denver, maybe I would never get the chance to reveal the truth of this city. 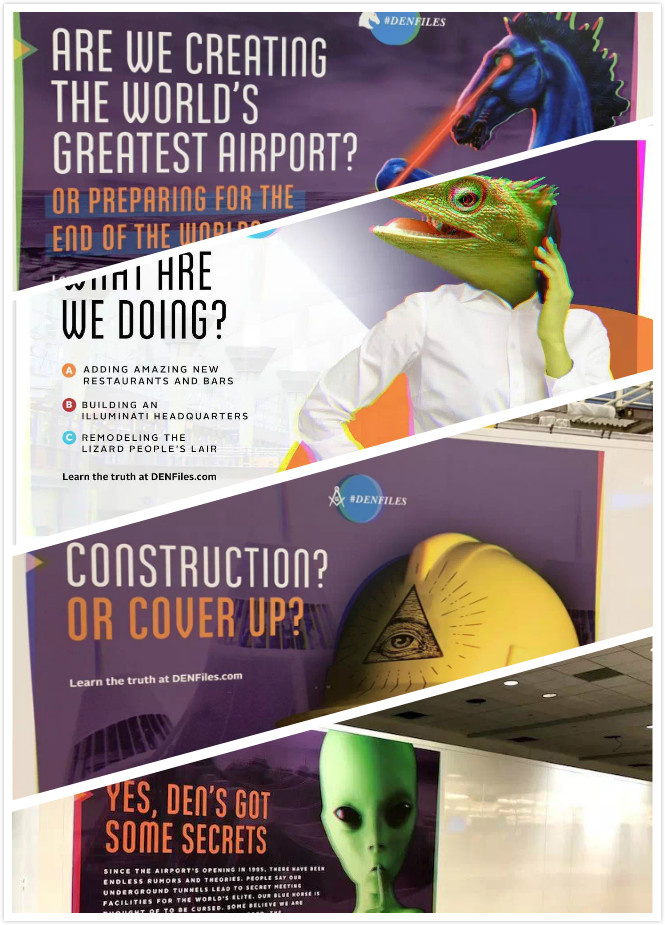 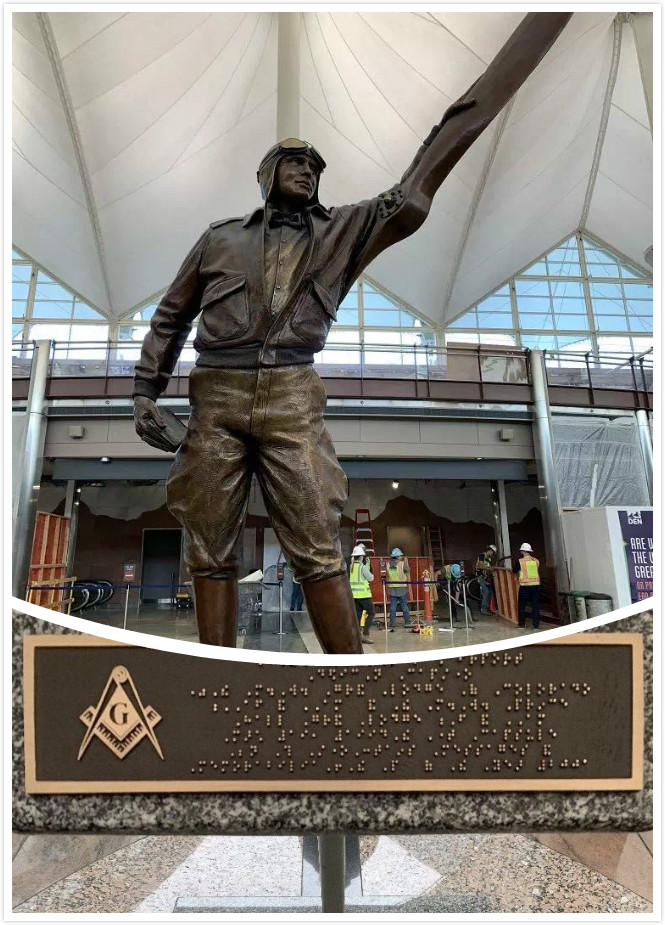 Let’s talk about Denver’s conspiracy-theories; this city is regarded as the mysticism mecca in American pop culture, known to every mainland Chinese as ‘罗布泊双鱼玉佩’ or ‘京城81号’.The legend about this is very strange，such as the lair of lizard man and the refuge of the freemasons. When I took off the plane, and with the shuttle train, I arrived at the Jepsen terminal, that’s where the pioneer engineering Jepsen’s bronze statue stands still. Then I walked up and down the hall, taking pictures without feeling that anyone was watching me or looking at me strangely. Go straight ahead to the south entrance of the airport, where you’ll find the web celebrity cornerstone of Denver airport. It was so inconspicuous that I passed it the first time last year and just ignored it. After asking the staff, I found the exact location. This is a stone that has been featured in countless conspiracy theory posts. The high freemasons were laid on the cornerstone in plain sight. The inscription on the rock, a version circulated online: ‘The New World Airport Project.’

For the famous horse at Denver airport, it must be satan’s stallion Blucifer. It was built on Nia avenue, the main road to the Denver airport. The first time I went to Denver, I had seen this horse along the road, but I actually know nothing but it, only remembered the terrifying red eyes against the pale sky in the last March. The four-ton fiberglass devil horse sculpture was designed by New Mexico artist Luis Jimenez. The red-eyed monster is rumored to be ominous, and the author was killed by a falling horse’s head hitting an artery in his thigh. 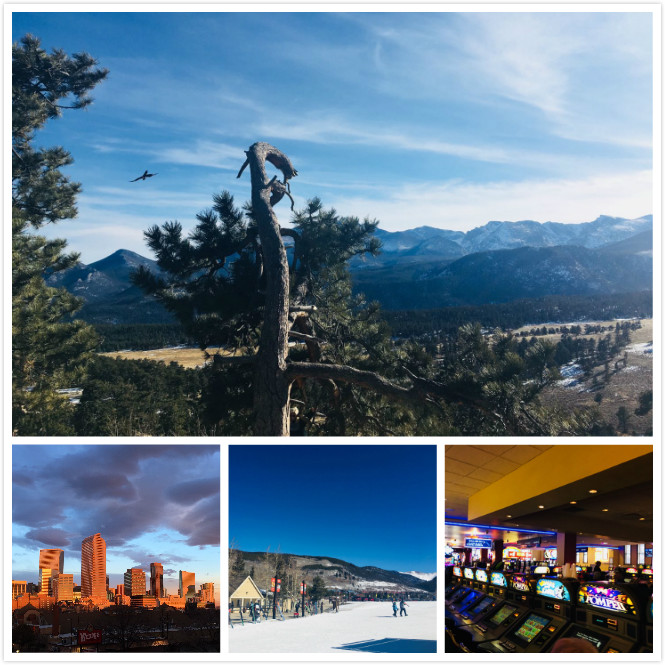 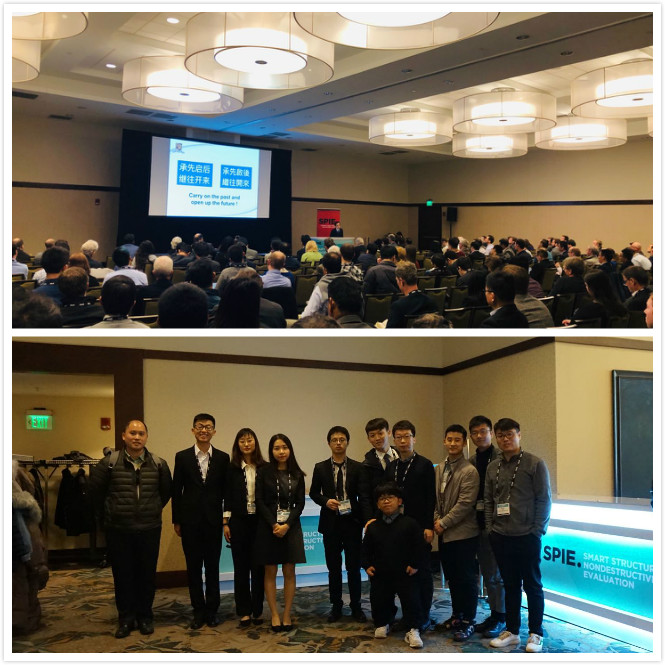 Besides the secretes of Denver, there’re also other things attracts me a lot, the first time when I was in Denver, we were all curious about the Rockey Mountain as well as the famous, , casino village. Fortunately, I had not spent a lot of time in that casino, which saved my wallet, but the feeling of gamble excited me a lot. Talking about the landscape of the Rocky Mountain, it differs from California’s humid warmth. The warm moist air flows from the Pacific Ocean are blocked by the North American Rocky Mountains, make the dry and cold climate of Denver’s plateau. Though not very friendly to us, the air quality is rare at home, and to the east of Denver is the vast plains. Driving on the highway from north to south on road No.25 at the dawn time, with a red leaned out of the horizon, the sun rises above the snowy Rockey mountains, the beauty of this scene we encountered along the road really shocked me.

Through the two-years’ attending SPIE conference, I not only have a deeper awareness of my own research progress but also accumulate other interests of different topics. I think that for me, just can borrow the Denver terrain to make a metaphor. One should not only have the height of the academic achievements itself but also should grasp the breadth of the different directions. Speaking of the most expected thing, that was to give a presentation to the participants on the afternoon of 4th, and I was still doing the final rehearsal and modification until the beginning of the speech that afternoon, hoping to present our work completely and clearly to everyone. I presented our work with the title “A bidirectional energy conversion circuit for piezoelectric energy harvesting and vibration exciting purposes,” this work was acknowledged by the applause of the audience, which concentrated not only my own effort but also the support from the coauthors and my supervisor. When I looked back on the days, we were working late at night to catch up with DDL, and I was glad that I could contribute myself to this inspiring research group. 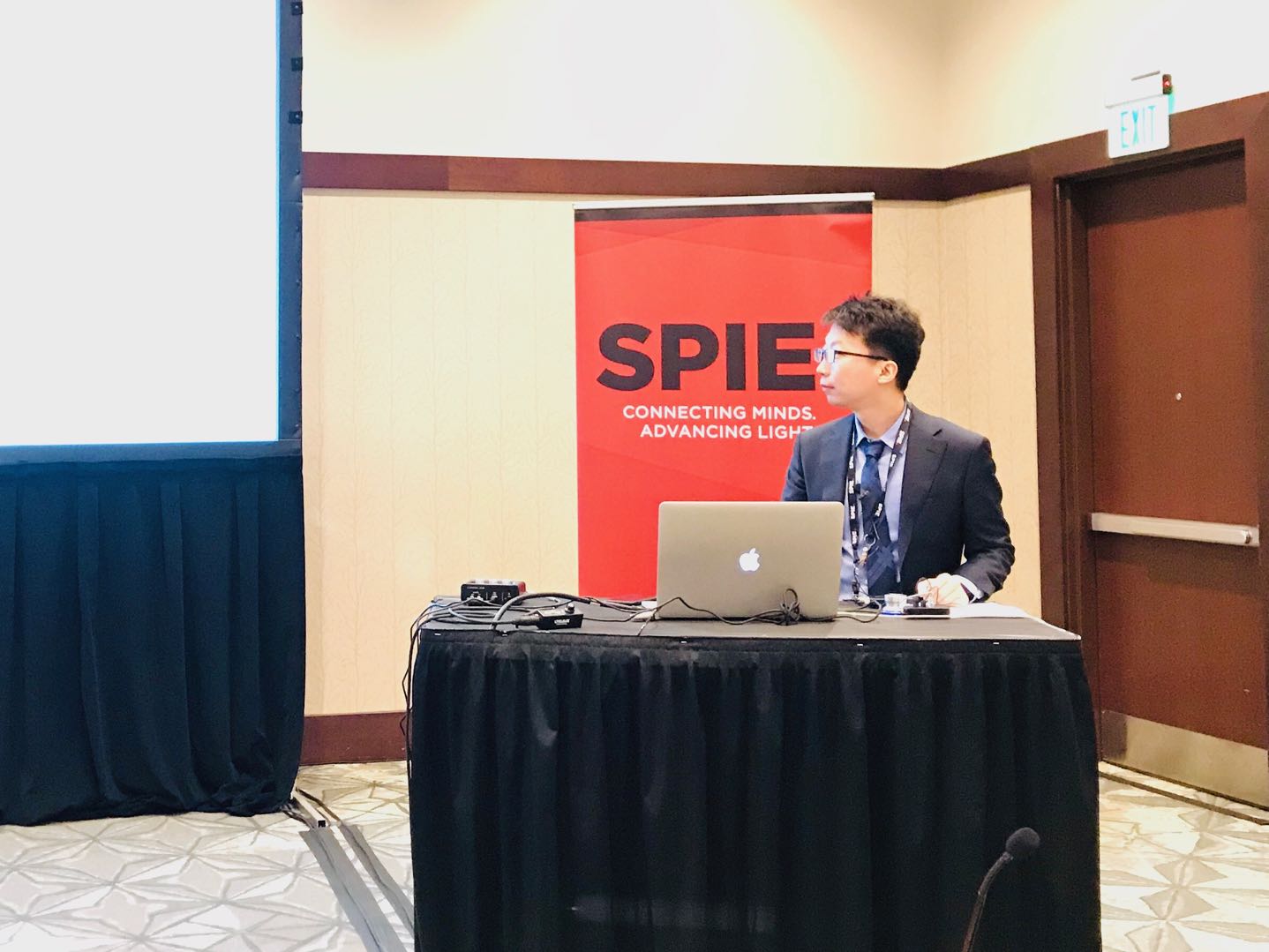 Before we left on March 9, we gathered friends we had met in the past few days to fete ourselves with food and ideas. Recall the experience of these two years at SPIE conference in terms of Denver. It impresses me with its middle landscape of American. Compared to many domestic cities, Denver is very small, so small that its downtown is not as good as domestic capital cities and prosperous neighborhood, but in a different angle, it is very big also, through its mountains and rivers, each town has warm passers-by to greet you, even to share marijuana with you (LOL). With the two years’ attending, I got to know many scholars, learned a lot of valuable experience, and shared many interesting ideas. Sitting on the plane out of Denver, looking down through the porthole window, the city was getting smaller and smaller in my view. I would try this free land, which was both familiar and mysterious if I had the chance.